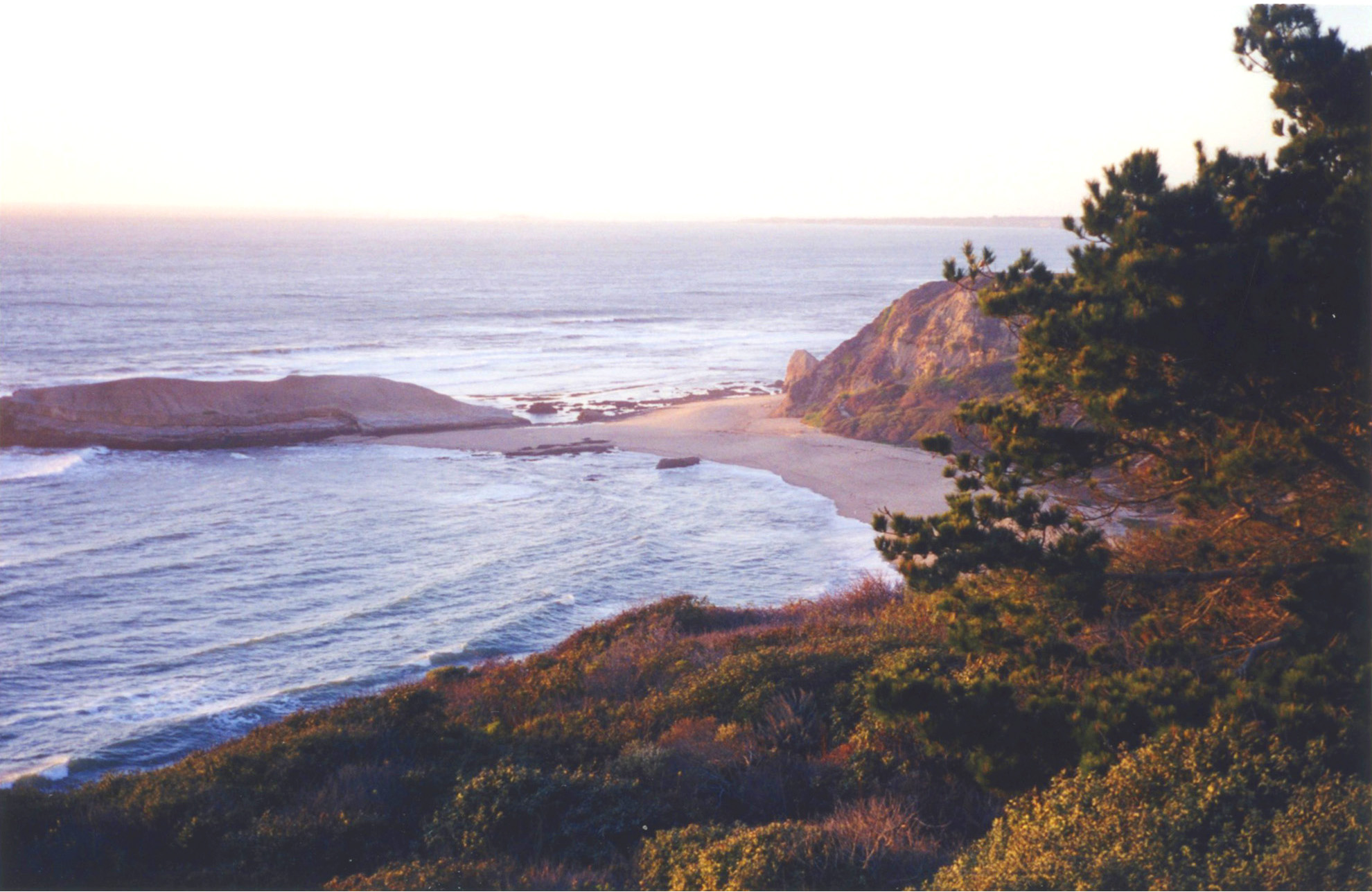 I dreamed Earl and I walked down to the edge of a cliff, then leaned over a short railing to peer down at the surf below. The breakers were huge, like nothing we’d ever seen before. “Wow!” Earl exclaimed, awed, which pleased me—I was delighted he was enjoying himself. “Let me check the posts,” I said, worried that the railing we were leaning against might give way—and, sure enough, I was able to lift up the nearest one, which was only barely anchored in the ground.

Then I lost my balance and pitched off the promontory. I’m not sure what happened next. I may have hit the water, though I don’t recall getting wet—or landed on an outcropping of rock. In any case, I wasn’t hurt and remember being surprised that the sea was much calmer than it had seemed.

Then I was on the observation deck of a boat that was sailing along the coast. I kept thinking I should go looking for Earl to let him know I was OK, but I didn’t want to miss the scenery we were passing—crags of rock jutting out of the ocean and small islands.

I struck up a conversation with a young woman who told me she was an actress and had done “the coast circuit”—and how much fun it had been, staying in homey little motels or bed-and-breakfasts. “It sounds like it would be,” I said, “as long as you liked the people you were working with.”

In the meantime, I continued to fret about Earl, supposing he’d gone back to where we’d parked the truck to rendezvous with me.

When we docked on an island, the actress got off the boat and started off through a dark wood. Following her, I accidentally stepped in the glowing embers of a campfire. Feeling a fiery sensation in one of my shoes, I figured an ash must have fallen into it. I thought I could snuff it out if I kept going, but the pain persisted—it was then I realized the ground beneath me was all live coals.

The last thing I remember was being back on the boat—I must have been half awake—knowing that Earl was dead and that I couldn’t rendezvous with him, that we would never be together again. I felt a piercing sadness then that was strangely different from my waking grief, though I couldn’t explain how.