Another thing that suited me about Spain, strange as it may sound, were the privations of my life there. The fact that there wasn’t always heat when you needed it—the government decreed the day the heat should be turned on for the winter and the day it should be turned off—or enough hot water, that food was rationed at the residencia, and that it was so crowded there I never had any privacy. (When I needed a few moments to myself, I’d go and sit on the marble staircase between the fifth and sixth floors.) I discovered an ascetic within who LIKED the austerity of life in this relatively poor county. Like so many other times in my life, I didn’t know that something was bothering me until it stopped. In this case, I didn’t know that I felt an oppressive sense of guilt about the wastefulness of my lifestyle back home.

During Christmas vacation Ella and I traveled by train to Italy. We combined our clothes in a single suitcase, which was so heavy we had to grasp the handle together and walk in synch. “Left, right, left, right,” we’d start off. Our first night in Italy, we unwittingly stumbled into the red-light district of Genoa, where we had supper. On Christmas Day we sat on some steps in Florence eating apricots out of a can with our fingers because all the restaurants were closed. On New Year’s Day we watched the Pope parade by in St. Peter’s Basilica, while I was irreverently goosed by someone in the crowd. In Rome I was transported by Bernini’s sculptures of Daphne and Apollo and of The Rape of Persephone, staggered by the Sistine Chapel—I was so totally unprepared for the scale of Michelangelo’s figures—and moved to tears by the heartbreaking Pieta he did when he was only twenty-four. We went to the opera in Naples, where we got a box, then couldn’t see over the heads of the party in front of us, and took a side trip to visit the ruins of Pompeii. Throughout the trip we stayed in cheap pensiones without heat or hot water, so we went to bed with all our clothes on—coats, hats, and mittens. And since neither of us were masochistic enough to wash our hair in icy water, we used dry shampoo day after day, till we looked like we were wearing powdered wigs. This was the back yard before Ava moved into apartment 1. Because of her allergies, we no longer have greenery underfoot. Here I am, drawing on my light table, wearing three pairs of glasses that I used to piggyback depending on the magnification I wanted. Originally, I transformed my sewing table into a light table with a rectangle of translucent plexiglass for a drawing surface and a flat florescent light from Ace Hardware underneath it.

With my back problems, however, I eventually decided it was more comfortable to work on the sofa. And when I discovered Readers in San Rafael, a shop that has beautiful reading glasses for $6 a pair, I started a collection in a variety of magnifications.

A BOOK FOR A FAIRY SCHOOL

Last night, by the light of the moon, I went into the woods to look for a book I’d left there in the afternoon. I followed a brook until I came to a pool. When I kicked off my loose sandals and dipped one foot in the water, it felt cool. Just then I heard the hoot of an owl, which frightened me a little, it sounded so spooky. The next moment I spotted my book, lying open and face-down near the root of a tree. I was about to pick it up when I saw what it was on top of…a tiny cottage! My book, I realized, was now its roof, though it was on a little crooked.

The other day I was rereading Karin Fisher-Golton’s charming Amazing May blogs about gratitude and felt prompted to write about something, besides penicillin and the internet, that I’m grateful for:

My writing desk faces a picture window and half a vacant lot where a sprawling coast live oak grows, a sort of grand hotel for squirrels. (Actually, there used to be more than a dozen trees that screened out the properties beyond, so that I could imagine I was living on the edge of a wood.) Throughout the day squirrels cavort up and down the oak’s’ leafy byways. I’ve seen them hanging by their feet from branches like trapeze artists as they munched on acorns, swinging in the breeze. I’ve also watched them taunting the orange cat that likes to loll around on my car, leaving dirty paw prints all over it. They venture down the trunk of the oak to within a foot of him, then, at the same moment he lunges, they reappear halfway up the tree.

Though my little deck stood one story up from ground, they had no trouble scrambling up the supporting pole at one corner, so I started hiding nuts for them—to see if they could find them in and around my pots and planters of flowers and vines. They did, of course, even though I took more and more elaborate pains to hide them. In those days, every spring, one or another of my three godkids and I would make a fairy garden in a large terra cotta basin—with tiny flowers, moss, polished stones, driftwood, and a bowl of water for a pond. In the fall when all the greenery died, I’d empty out the basin, leaving just a little soil at the bottom. Throughout the winter, the squirrels could be seen jumping into it and rolling around, giving themselves dirt baths—one of the funniest things I’ve ever witnessed because, like all squirrels, they lived in an accelerated dimension of time.

Sad to say, my deck was dismantled a few years back because the wood was rotting. Then the live oak was over-zealously pruned, and all but two of my other arboreal neighbors were felled. Now a cement parking lot covers half the formerly “vacant” lot. But I’ll always be grateful for the delightful memories and the squirrels that still come to entertain me. 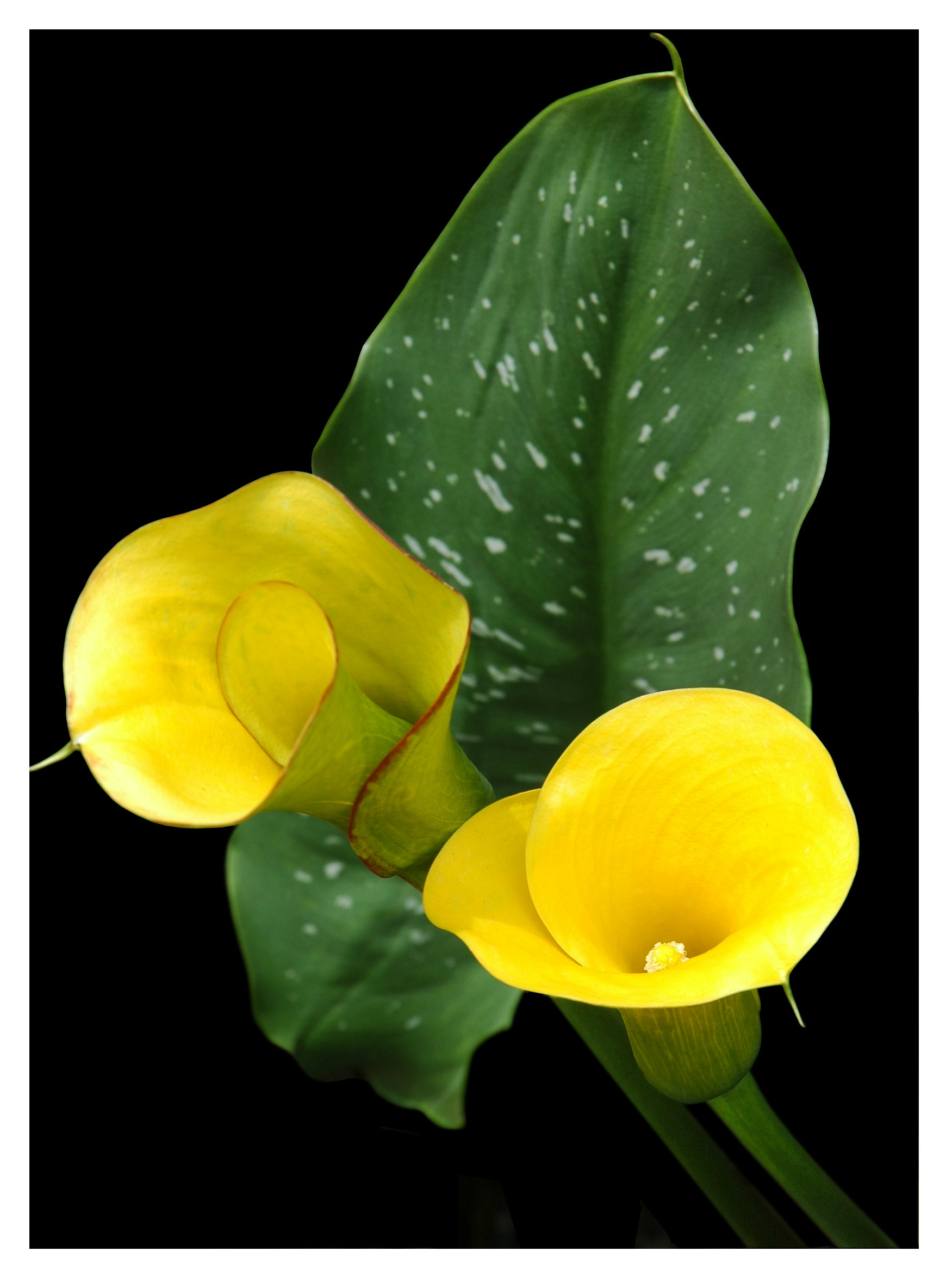 When the city decided my deck had to come down—and, necessarily, my potted garden— I started taking pictures of my neighbors’ gardens so I would still have flowers brightening my life.

When I was in my thirties, I took jazz dance for a time. It’s one style of dance that doesn’t require your feet to turn out, and since I’m pigeon-toed… (Paradoxically, my teacher Justine exclaimed over my beautiful feet.)

I no longer remember what his logo looked like—only that I thought he deserved better. So, as a surprise, I presented him with the logo design above—and he used it forever after that, adding a tiny TM I(for trademark) under the last Z. 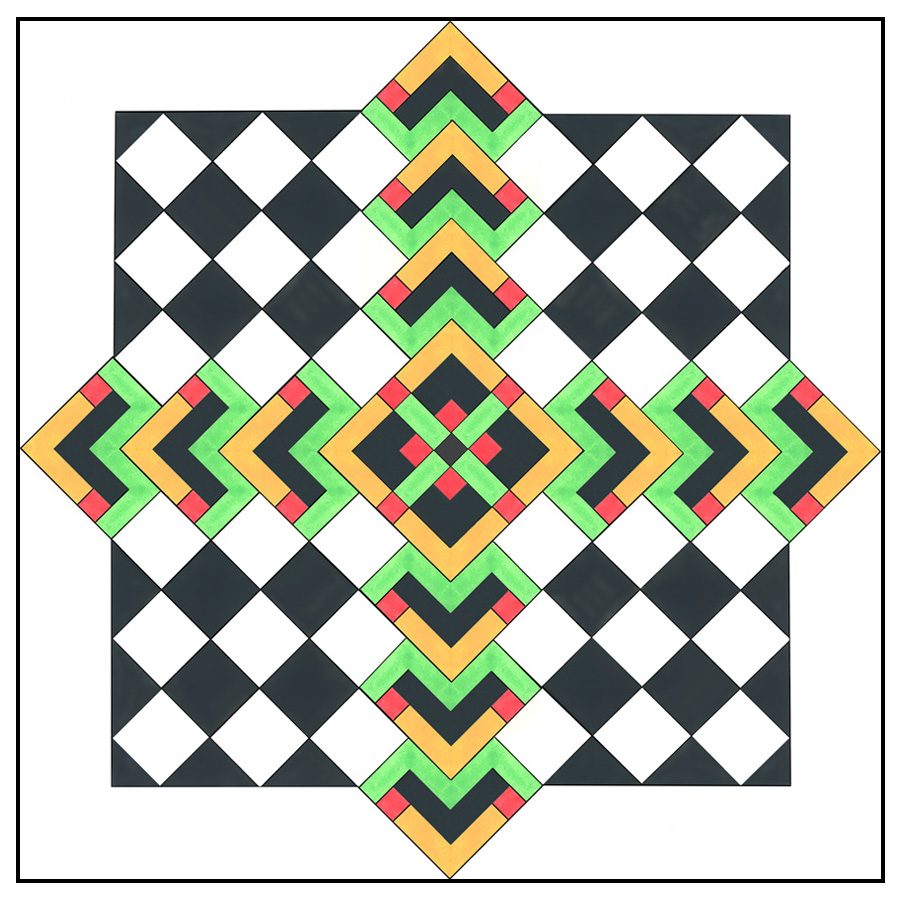 Years ago, I went through a brief period of painting furniture and household accessories in bright colors and patterns—old-fashioned chairs and tables I found in antique shops, as well as ornately carved candlesticks and mirror frames from import stores like Pier 1 and Cost Plus. This period predated cell phones, however, and I have no photographs of these creations. The only memento left is this design for the top of a small night table.

In A Patchwork Memoir I wrote:

Last night I dreamed I was standing looking at myself in a mirror. I had some sort of stick in my hand, which I brandished like a baseball bat, then tugged at my crotch the way ballplayers do. The next moment I noticed with embarrassment that my brother was sitting on a bed watching me. “I was pretending to be a man,” I explained. At that moment I noticed how much my face in the mirror looked like his—I had never seen much of a resemblance before. Then I saw I had a burn on my cheek, that my reflection WAS my brother’s. “Why, I’m seeing your face when I look in the mirror!” I cried. I felt on the verge of a discovery—that something I’d repressed was about to break through, something having to do with the actual events surrounding my brother’s accident. Suddenly I felt two powerful hands grab me by the legs—though no one was behind me—and start to drag me backward, which scared me awake before I could remember anything more—and left me with the eerie feeling that whatever the revelation was, someone or something didn’t want me to know.