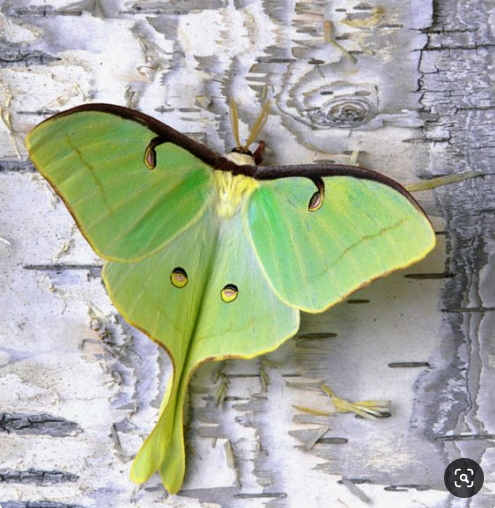 I’ve been remiss. I’d promised myself to post at least one blog a week, but I haven’t because I’ve been traveling recently. It all started with searching online for the most beautiful image of a luna moth I could find—an impulse prompted, I suspect, by my latest blogs about my father. In a way, I think, the luna moth has always been a symbol of my childhood to me—the happiest part. In my journal I wrote:

For the past few weeks I’ve been on a butterfly hunting expedition—from early morning until late at night. I’ve been journeying to the wildest and most remote reaches of the planet, including the Amazon rainforest, where my father once wielded his butterfly net, though I’m traveling online rather than on foot. Like him, I’m creating my own collection of butterflies and moths—a digital rather than material one.

In the beginning, I didn’t anticipate the unrelenting fervor I would feel about this project or my undiminished excitement over every new discovery. At the outset I thought it was nostalgia for my childhood that had prompted my foray into the realm of “beautiful bugs,” but now I’ve begun to suspect it’s something more—that this love of color and pattern is in my DNA, just as it was in my dad’s. (There’s a reason I collected so many hundreds of fabric swatches while I was making doll clothes for my two goddaughters, experiencing a rush with every “find.”)

And just as my father went through the painstaking work of mounting the best specimens, I’m engaged in the painstaking process of editing—in Photoshop— many of the photos I happen upon, repairing worn or tattered wings, enhancing color, or altering the backgrounds to better showcase these natural works of art.

Another major player in my life is my therapist Annee (pronounced Annay—with the accent on the second syllable). Luckily for me, she has a sliding scale. In A Patchwork Memoir, I wrote:

Annee is in her forties, slim, girlish, and pretty in a natural way; she doesn’t wear makeup because she’s allergic to it and has a cloud of brown hair that she recently admitted she has to set, it’s so kinky. She wears midi-length, softly gathered skirts with matching tops in pastel colors—and sandals—except on Fridays, when she wears jeans. On her walls are a photograph of a stand of winter trees on a snowy hill, the view of a beach from a cliff covered with wildflowers, and a painting of stones in a river.

Her office is on the second floor of a triangular older building above an ice cream parlor at the intersection of five streets, the upstairs a labyrinth of white corridors with therapists’ plaques on all the doors. No one ever emerges from these other doors, which makes me suspect it’s a set. But then, I always arrive (breathless with hurry) within one minute of noon, so I don’t spend much time in the waiting room.

I settle myself on Annee’s beige leather sofa and take off my Reeboks, while she goes to get me a Dixie cup of water from the little fridge in a side room. Occasionally I toss her extra throw pillows on the floor and stretch out on the sofa, pulling a fuzzy afghan over me, while she sits in a Danish modern chair and almost never takes notes.

Today, I tell her, I finally dragged the scale out of the closet and got the shock of my life. I weighed 141 pounds!—when I’ve held steady at 125 (well, give or take a few ounces) since I was a teenager. “I’ve been hitting the coffee ice cream again.” I confess. “I get the carton out of the fridge, thinking I’m only going to have a few tiny bites, sit down, and run my spoon around the sides, where the ice cream is melting from the warmth of my hand. The next thing I know, I’ve taken, oh, maybe 500 tiny bites, and the ice cream block is reduced to a little mound in the middle.”

“That’s exactly what ­I used to do!” she laughs. “And with coffee ice cream too! Now I do it with frozen yogurt.”

“I like coffee because it’s not too sweet,” I explain, “so if I eat slowly, I don’t get a sugar jag. Of course, Ella is disgusted when she opens my cartons—luckily, coffee is one of her least favorite flavors.”

“My husband has the same reaction,” she grins.

(Actually, I’m exaggerating about the little mound—I can’t manage more than half a pint at a time, but when I’m eating my second half the next day, I leave a spoonful at the bottom just to prove I can quit any time.)

Annee can’t eat ice cream anymore because she’s on a strict healthy diet—fruits and vegetables mostly, some from her own garden.

“Will you excuse me a moment?” she asks—and trots off to the bathroom.

One day a year or two ago, I asked about this, since I noticed she often had to interrupt my sessions even though she always visited the john before them too.

“Do you really want to know?” she asked.

So she told me then that since childhood she’d had Crone’s disease—a disease of the intestine that causes a fiery pain. It’s in remission now, but more recently she developed Bright’s disease too—a disease of the thyroid. Her physician failed to diagnose her correctly, and she was going downhill fast until she consulted an outside doctor—coincidentally, my own second-opinion doctor—who told her to head directly for the nearest emergency room. Without that immediate intervention, she learned later, she probably would have been dead within the week.

“There’s more,” she sighed. “Are you sure you want to hear it?

I girded myself, nodding.

Multiple Sclerosis. From TV interviews I’d seen with Annette Funicello of Mouseketeer fame, I knew how it ravaged the body. I started to sob.

Later, thinking about the chronic pain Annee lives with—knowing from first-hand experience the toll it takes on you, to say nothing of the fear and grief you feel about your body deteriorating—I’m awed by the grace with which she carries herself through life. And I can’t help marveling at the aptness of my choosing her as my therapist, understanding now that it wasn’t an accident—that I intuitively chose the person who had the most to teach me. 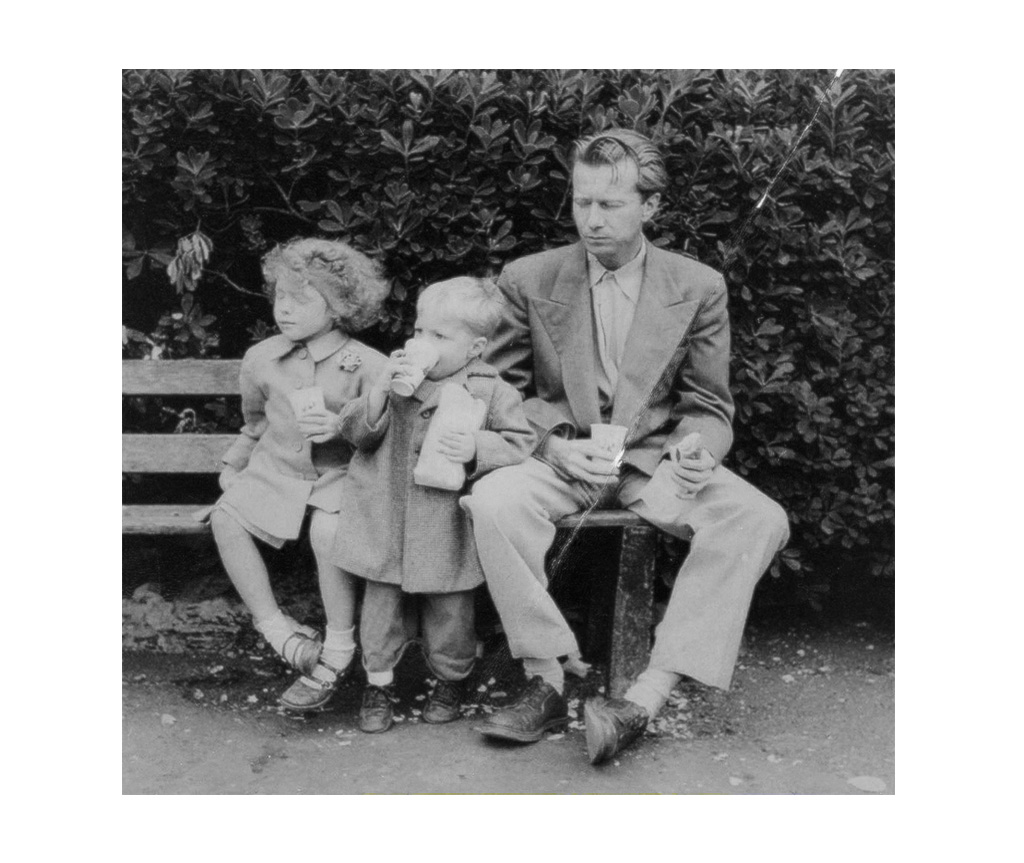 I don’t have many pictures of my dad and me together. (And contrary to what my computer thinks, “me” is correct because it’s the object of a preposition, a rule that nobody seems to remember anymore.) There we both are with our eyes closed, holding our drinks, legs sprawling—unlike my brother whose eyes are open and who’s drinking out of his cup. If you could see the picture in color, as it once was before it faded to sepia, you would see my dad are both freckled redheads…and, the truth is, we are very alike in many ways, even beyond our physical appearance. But my attitude in the snapshot is a mirror image of his, with my cup in the opposite hand and my leg curled in the opposite direction. How telling, I think to myself—because in other ways, I’m my father’s opposite—the negative to his positive. For my father was always unassailably sure of himself, implacably secure in the knowledge of his intellectual superiority to just about everybody else. He didn’t seem to have many of the feelings most of the rest of us do. He didn’t experience fear—of death, for example—or anxiety, like the paralyzing the performance fright I still struggle with—or depression, which hung over my life from puberty until my mid-thirties, with only a few bright spots. I was ever his polar opposite, experiencing intensely all the feelings he didn’t. And that, of course, was no accident.