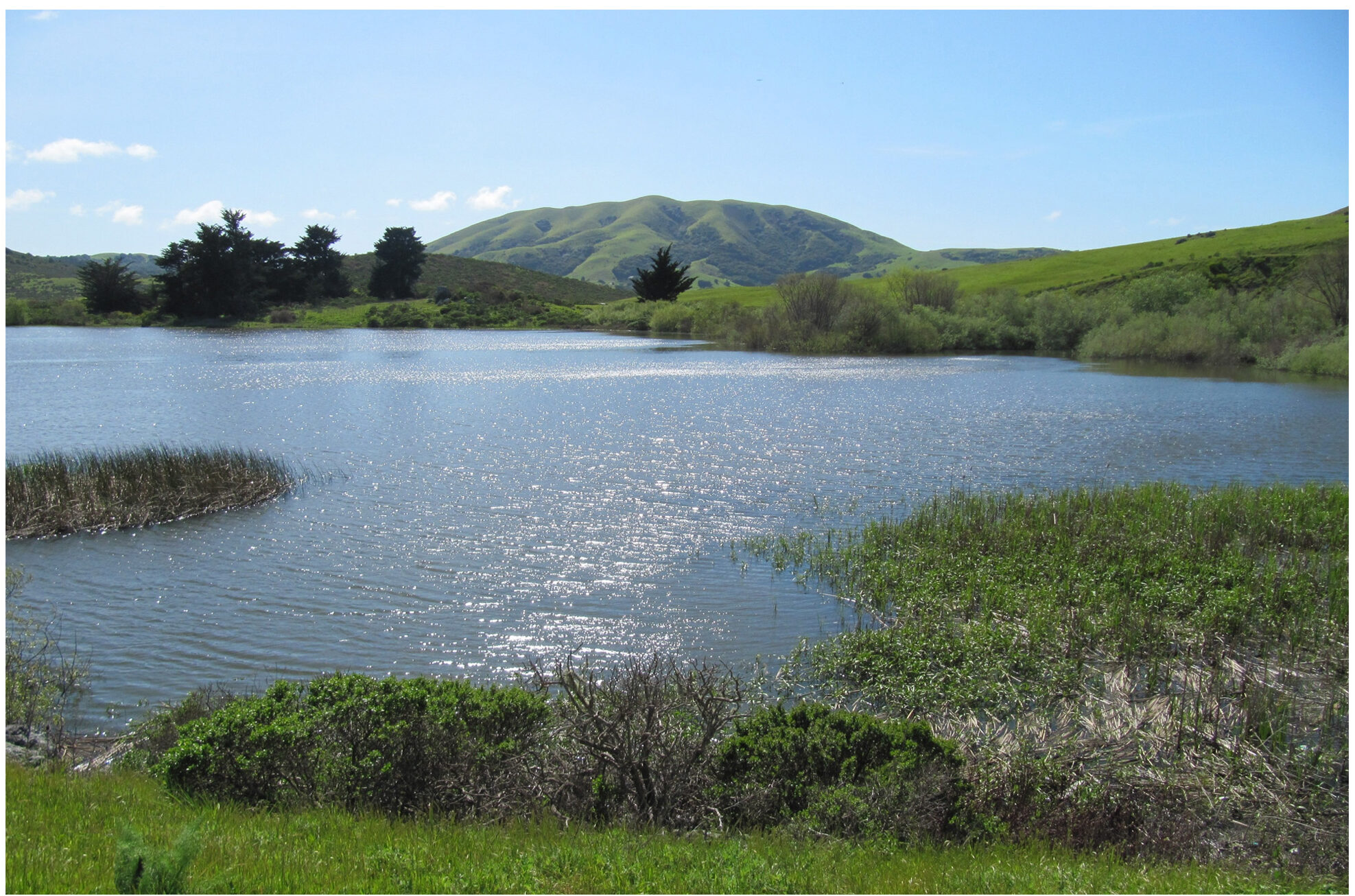 Yesterday I was feeling so restless, I decided to take a long drive to a place I knew few people would be. After days of grayness and rain, the sky was clear and bright—an irresistible invitation to visit the spring hills before they turn dun and dry.

As I approached the Lucas Valley Road exit, however, I saw that cumulous clouds were piled up directly over the route I intended to take, casting a dark shadow over the landscape. So much for dazzling green vistas. Seeing a deer on the first slope cheered me a little.

Lucas Valley Road winds through a valley between high rolling hills, though they’re mostly hidden by the woods that shoulder the road. A creek runs companionably alongside for as long as the road remains level.

Soon I began glimpsing patches of brightening green through the trees as the road began to ascend. At its highest point, I passed two lookouts and got out of my car, briefly, at a third one, having outstripped the clouds—and felt myself enfolded by the verdant world around me.

Once I was underway again, the twisting road descended in more hairpin turns, and at the bottom, I drove through the twilight of an ancient redwood forest, wisps of sunlight filtering between the massive trunks and striping the black macadam with occasional bars of brightness.

On the far side, I eventually came upon the town of Nicasio, with its one-room schoolhouse, single church, and a tiny roadside market where I used to buy Cherry Garcia yogurt bars when they’d disappeared from the rest of creation. (Actually, if I’m being honest, there’s a bigger school beyond the quaint one.)

A few miles later, I reached the Nicasio reservoir, one of my favorite scenic spots on the way to the ocean. (I’m always thrilled to see water in any landscape, perhaps because I grew up in Minnesota, land of 10,000 lakes). Today I wouldn’t be driving on though—through Inverness and Point Reyes Station and past my dune—to Drake’s Beach, because it was closed.

Instead, when I reached the steep wind-swept hillside with the dark green striated canopy, I turned back, heading for home, a two-and-a-half-hour round trip.

Because I didn’t take any pictures, I’ve decided to create a little montage of snapshots from past years, when Earl and I made the drive in his MGB. 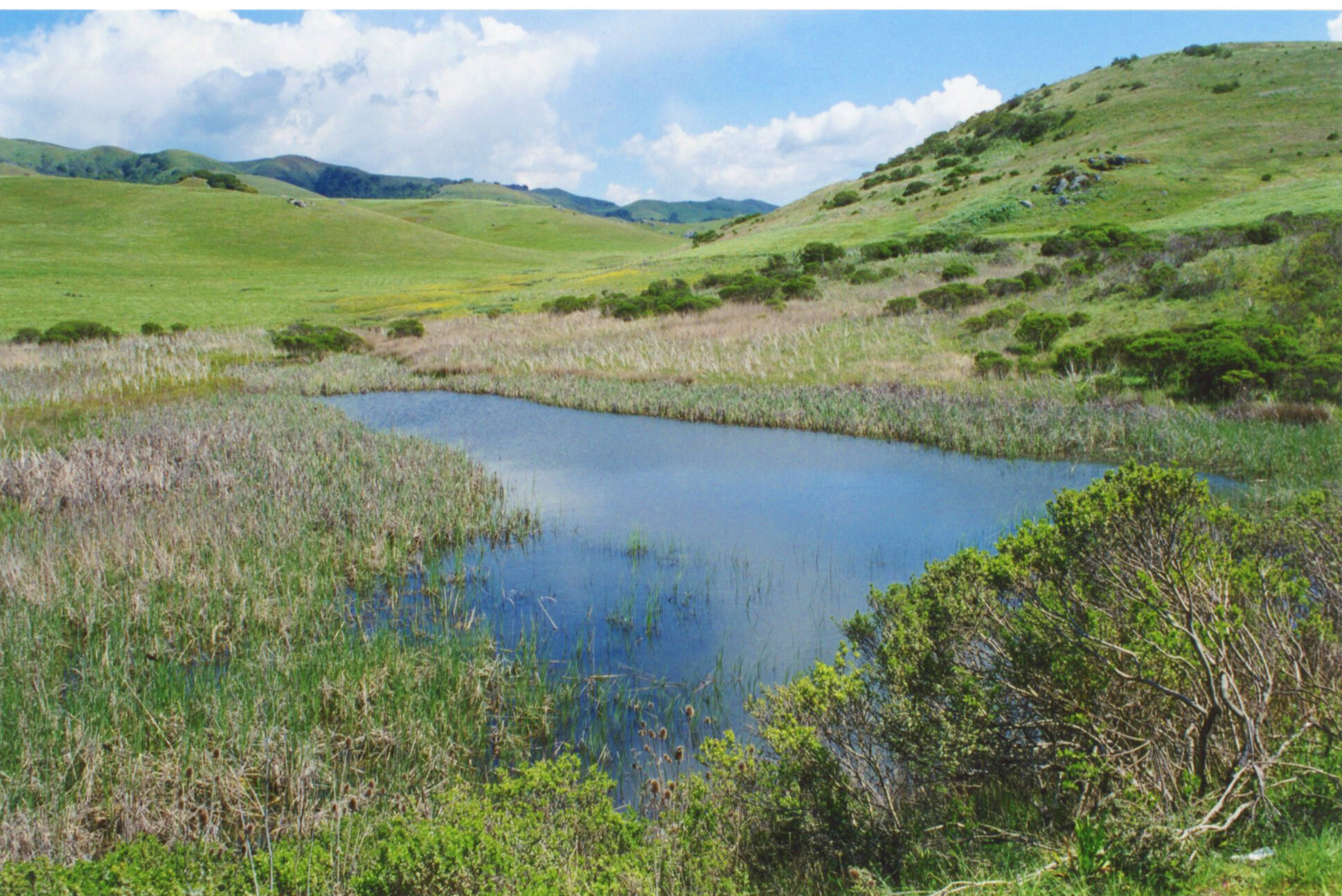 The vistas are varied because the reservoir is as serpentine as a two-headed dragon. I know because I looked at it on a map.

Like much of California, the hills are green for only the briefest of seasons. This is a side road we explored on one of our outings. 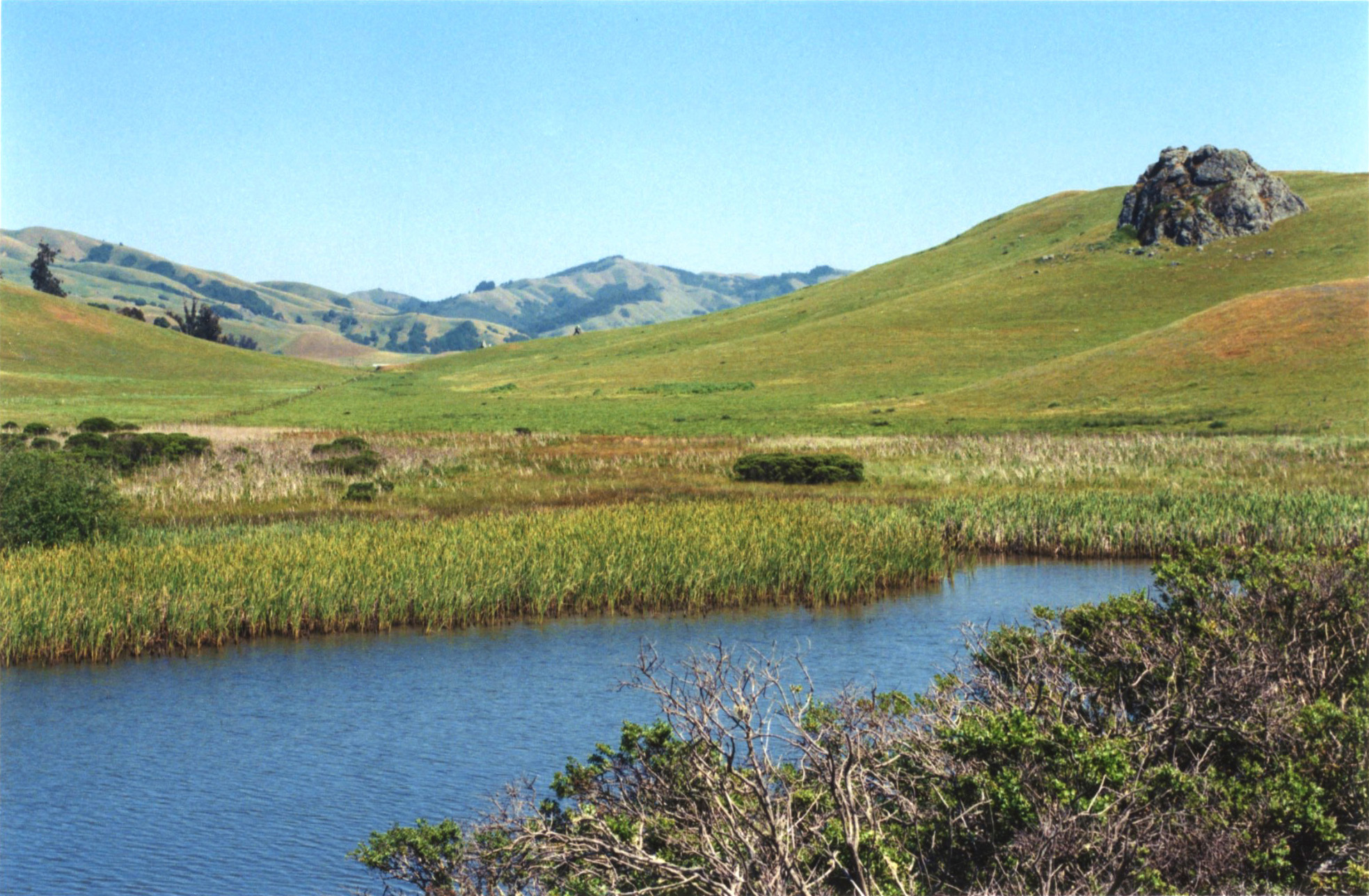 Here the hills are already starting to turn brown. 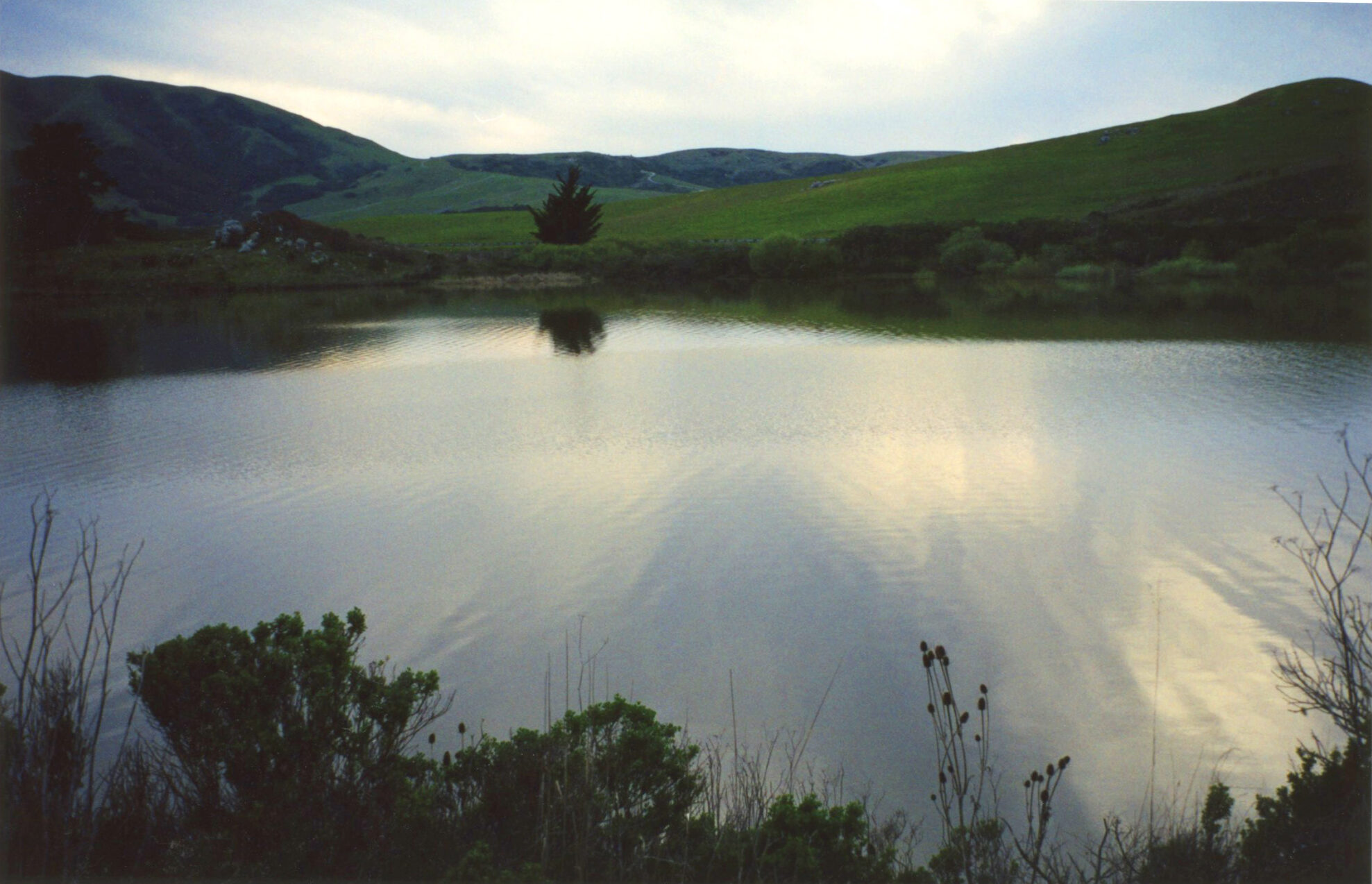 Seeing the reservoir on the way home is part of the magic.