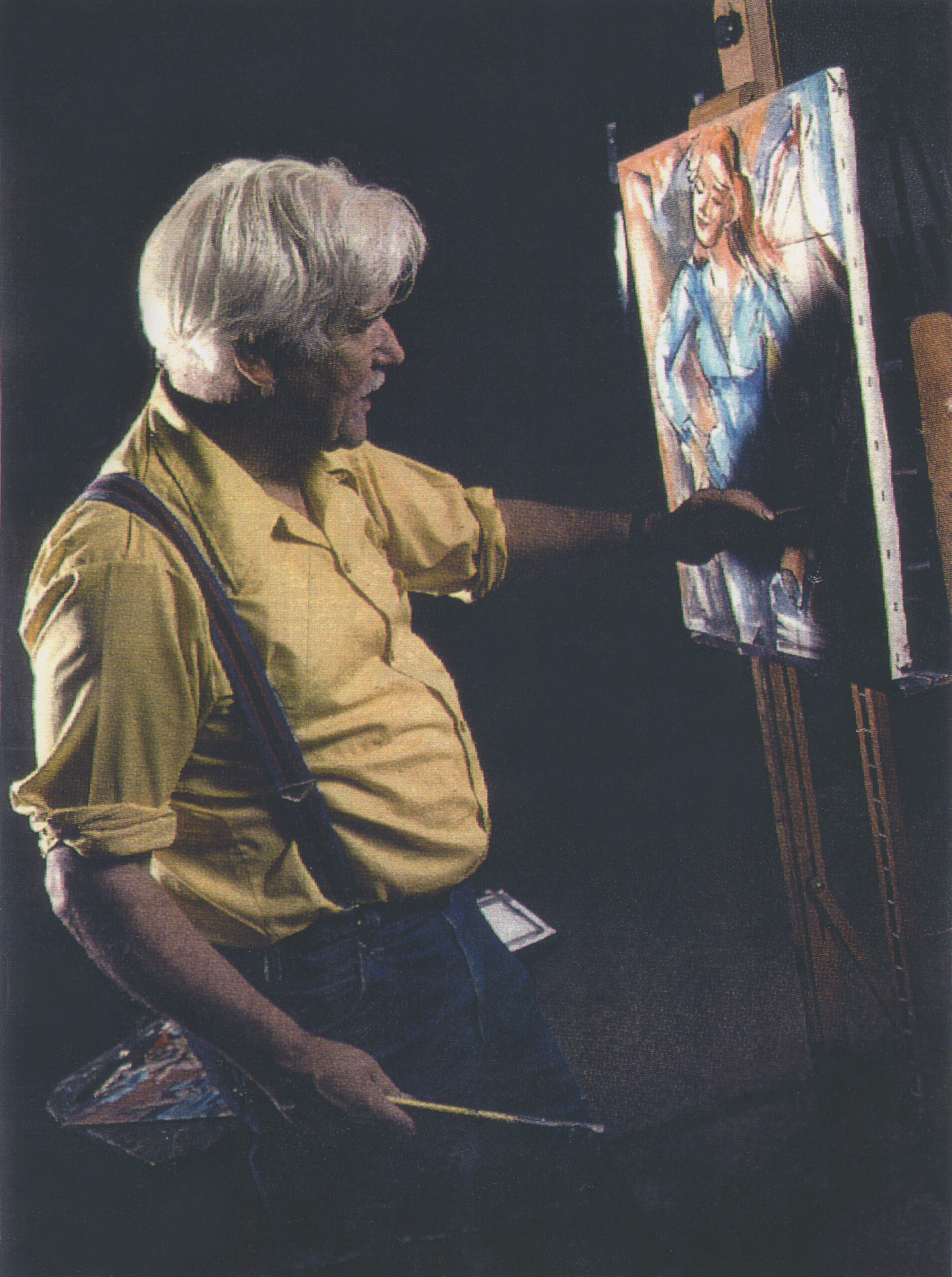 St. Mark’s Episcopal Church, across the street from the campus, was still decked out from Christmas with pine wreaths and branches—and eighty-eight ceremonial candles, the female priest said. The altar was draped with yellow brocade, and, between two candles, gleamed a Bible that looked like it was made of embossed brass. I sat quite a few rows back, next to John and Karen, and tucked a packet of Kleenex in the rack next to the nearest prayer book.

The priest began by saying she hadn’t known Earl, that he’d never warmed the pews of St. Mark’s, but she’d learned from his family that he, too, was owned by an MG, which said something about his character—that he was someone who could live with uncertainty and contingency.

There were traditional hymns and responsive readings. Then Bonny—from Earl’s painting class—stood in the pulpit and, fighting back tears, read a eulogy that I’m including a portion of:

“I know that no words of mine can convey what we all felt about Earl as well as the outpouring of friendship, love, and sadness here among Earl’s friends and family, but I’d like to share with you some of my thoughts.

“Webster’s defines ‘gentleman’ as a courteous, generous, kind, gracious man with a strong sense of honor. All of us here today could give a far better definition—Earl Pierce. He lived his life with nobility and class, prompting his students to refer to him as the Earl of Berkeley. However, these qualities were combined with a profound modesty. As I wrote down these words I had to smile—I could hear me reading them to him and him saying, ‘What a splendid, marvelous man! Who are we talking about?’

“He taught for many, many years and had the unusual experience of remaining close to most of his students throughout his life. We recently had a birthday party for him and in early December our last field trip with him to the Museum of Modern Art. His teaching was marked by infinite patience and encouragement. He taught by example and was always ready to remind us just one more time of Hoffman’s famous maxim, ‘Symmetry is the enemy of art.’ Even when he truly despised something, he was gracious and full of humor. When I surprised the class by bringing in some chocolate raspberry coffee, which turned out to be gaggingly sweet, he merely took a sip, looked at me, and said, ‘Bonny, this coffee is preposterous.’

“He had a special affinity for children, having raised Billy and Kevin. Diana E. related a story about his drawing Christmas decorations for her boys with crayons because she didn’t have any ornaments for the tree. She also told another story about his taking them all out for dinner—to an ice cream parlor that served ice cream in a tub. He was loved and respected by my boys as well, and when I told my Kevin about his passing, he said, ‘I’m so sorry, Mom; he was always the most stand-up guy at our parties.’ Parties he never missed. And he gave some wonderful ones himself. Great Christmas parties—every July. He was a wonderful host and had such a special flair for cooking; he was probably the only person in the world that could get us to eat Brussels sprouts—and ask for seconds. And who could forget the famous Berkeley debutante ball—for the coming out of his restored Elva?

“One of Earl’s favorite books was Wind, Sand, and Stars by Antoine St. Exupery, and I would like to close with a fitting quote from that book written by the author upon the death of a close comrade.

“‘Bit by bit, nevertheless, it comes over us that we shall never again hear the laughter of our friend, that this one garden is forever locked against us. And at that moment begins our true mourning.’

“Good-bye, Earl. We love you, we will miss you. You have truly honored us with your presence.