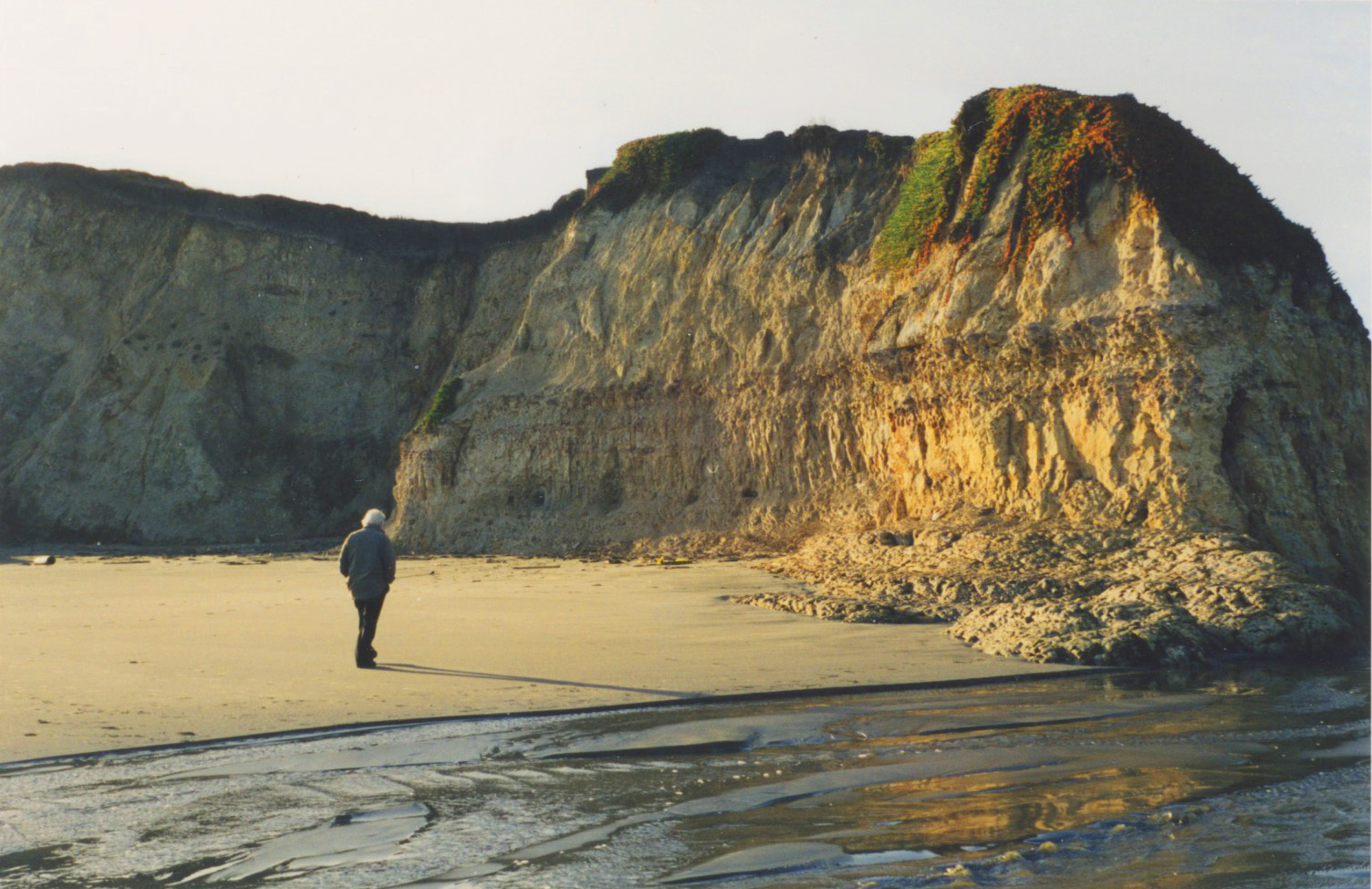 From A Patchwork Memoir

The Friday after Earl’s death, I was beside myself with grief. As the TV screen lit up with fireworks going off all around the world in celebration of the new millennium, I felt all the light had gone out of my life and, at moments, felt like I wanted to die too. Saturday I talked to Earl non-stop in my head, trying to ward off the pain of loss. Sunday I stumbled around stunned and disoriented, barely able to do the simplest, most routine things. One morning in the wee hours I thought, “Grieving over a sudden loss is like being shot out of a cannon. You’re so mangled by the impact that you can barely pick yourself up, and you’ve landed so far afield that you no longer recognize where you are.” Another morning I thought, “When you lose someone you love, you’re drastically displaced, like a pendulum swinging from a new center of gravity—wildly into grief, then wildly back into a false sense of normalcy, as you struggle to recover your equilibrium. Gradually, over time, your feelings lose momentum. With each swing into grief, your pain is less, but with each swing back, your former sense of normalcy is less too, so that you finally come to rest in a new place.”

At the Friday meditation a week later, when Sara suggested we might have something we wanted to say to our Higher Power, my grandmother Marie appeared in my mind—and beside her was Earl. “No!” I cried to Earl. “I don’t want you over there! I need you here—with me!” “OK,” he shrugged, in his characteristically genial and laid-back way. “I’m in no hurry.” (It occurred to me then that in eternity, he wouldn’t be.) “I’ll hang around as long as you want.” I thought of all the times we’d been in restaurants and I’d pored over the menu trying to decide on what to order, as though I had to make the very best choice, as though I’d never get another chance. “We can come back here another time, you know,” he’d tease me. He could never understand my sense of urgency.

The other evening when I was taking a TV tray with my supper into the living room, I saw him in my head, from behind, as though he’d just turned to walk away from me at my front door at parting—as a teenager he’d been the smallest boy in his class and as a young man he’d been slender, but in later age, he’d acquired a sturdy girth that I liked. “Don’t go!” I thought. Then I imagined stepping into him, merging with him, so that from then on I could carry him inside me—could see the world, in part, through his eyes and experience things, in part, as he would have.