AS CLOSE AS I CAN 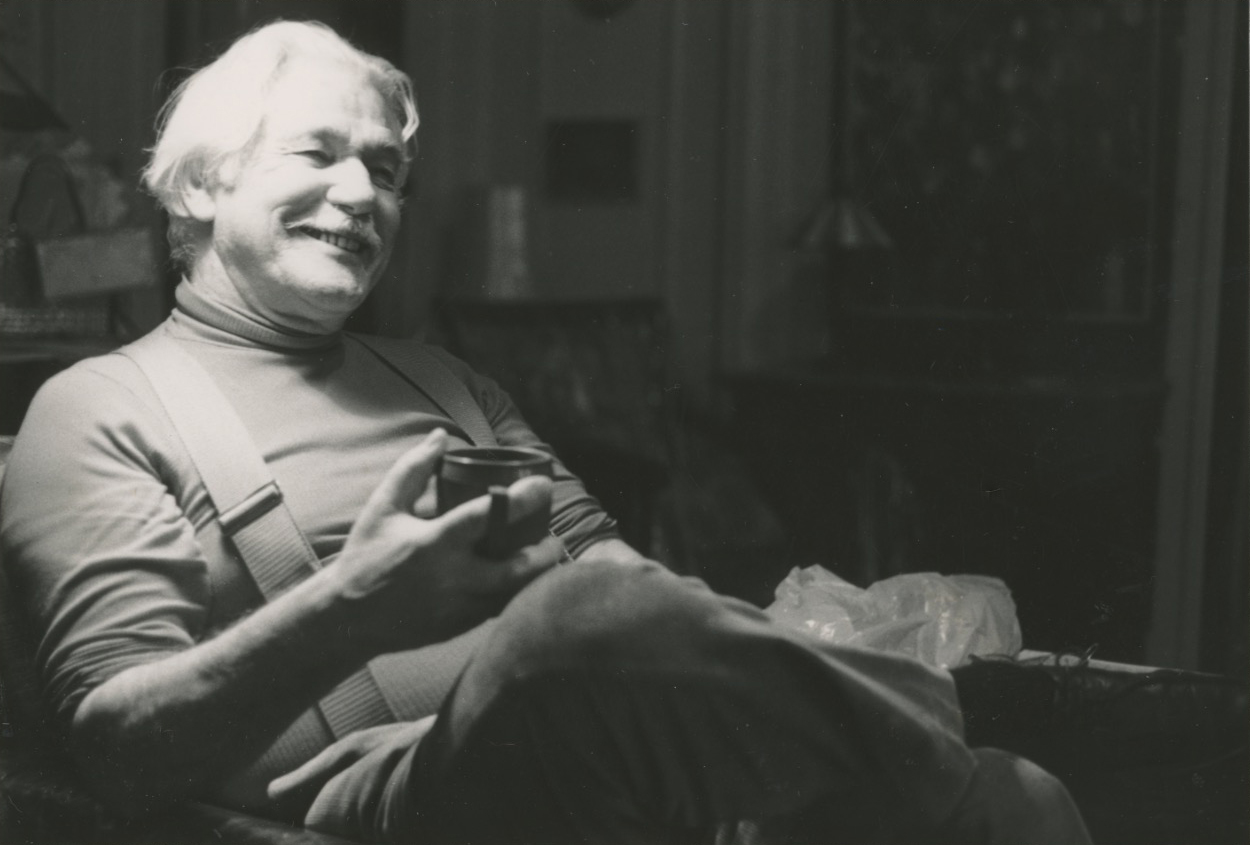 Two days ago, just as I finished writing about my Christmas Eve with Earl, our dreadful buzzer, a travesty of a doorbell, snarled at me. I never answer the door when I’m not expecting someone, because I have to go out to the foyer of the apartment building and look through one of the narrow windows on either side of the door to see who’s there—they can see me too, of course, which doesn’t feel safe, since I’m often the only person in the building.

But the buzzer rang insistently, and, for whatever reason, I made an exception to my rule and went to answer it. It was John, a friend of Earl’s, who’d done some handiwork around our place a few years back. He told me he’d been driving all over the neighborhood trying to find my house—it’s been repainted and the two giant pines in front cut down since he was here, so he didn’t recognize it at first. He told me that Earl had died in the night.

I remember I wailed and clung to him. When Ella got home, I paced back and forth between the kitchen and the bathroom, ranting and sobbing steadily for hours. I remember clutching my head and pounding the air with my fists, my stomach twisted up to the point of nausea—and I kept gasping for air.

Maybe Earl had given up on life, I keened. His leg had been bothering him since his fall last summer, and his painting arm ached so much he frequently couldn’t paint—sometimes even driving was difficult. He was losing his hearing too—he often had to ask me to repeat things, but kept putting off getting a hearing aid because he knew the trouble his friend George had with his.

Anguished, I felt I’d let him down these last months, that we hadn’t spent as much time together because I was so absorbed in writing my memoir—and even when we did go on outings, I was preoccupied. He’d asked me to drive across the country with him to visit his relatives on the East Coast last summer, but I refused because of my back. He’d suggested we take figure drawing at Studio One again, like we had a few years ago, but I said I wanted to stay focused on my writing.

He’d always kidded me before about being his “favorite niece,” but one evening recently he’d surprised me, saying if he were twenty years younger, he would have wooed me. Another afternoon, when I commented that I thought the week or two between my visits with Arielle seemed like a long time to her, he’d said, “They seem like a long time to me.” And Christmas Eve he’d reminisced about a passionate affair he’d had with one of his middle-aged students years before. “You know how it is when you can’t keep your hands off each other?” he’d said. “I miss that.”

Now I wept because I hadn’t been—wasn’t able to be—what it seemed he’d wanted me to be and at the same time because now I couldn’t tell him how much I cared about him. He would never read what I’d written about him in my memoir. He’d never see the illustrations I’ve been working on for Yesterday I Was Bad or Tired of Trying either—he’d asked me to show them to him, but I insisted on waiting until they were more developed. For years he’d kidded me that I’d better get rich and successful quick so he could visit me in my posh seaside house in Malibu. I’d had a fantasy that if I did sell some of my work, I’d take him to Europe to see all the great art he hadn’t had a chance to as a GI after WWII.

I didn’t know how I was going to go on without him, I lamented to Ella. I’d thought he’d live another twenty years he seemed so vital. He’d been the one friend I could call at a moment’s notice—when I needed a break from writing and drawing or when I was feeling low—and he always made time for me. If I phoned in the morning and invited him out for breakfast, he’d go with me even though he’d already had his—and order “anything with apple.” If he was outdoors tinkering with one of his MGs when I dropped by unexpectedly, he’d change out of his overalls and we’d go off on a spur-of-the-moment excursion.

He was my best friend in the world besides Ella, and the closest thing I’ve ever had to a father. He was the steadiest person I’ve ever known, his integrity absolute. He wouldn’t even let me pick some tomatoes, going rotten on the vine, in a stranger’s front yard a few weeks ago, I told Ella. “He was a rock,” John had said to me as we sat together on the sofa. And the one thing that had always astonished me about him was that it seemed to make him happy simply that I was happy. He would sit patiently on the beach while I cavorted in the waves or wait in the car along the road while I jumped out to take pictures. Along with Ella, he was my family—the one I spent my birthdays and Christmas Eves with. Only last week, he said to me at leave-taking, “You keep me young.”

I knew an era of my life had ended.

Why couldn’t you have waited, Earl? I thought. To share my success if I have any. Or to be a comfort to me if I don’t. We still had so many plans. We hadn’t had our ferry supper or gone flying with Bonny. We hadn’t dined at the French Laundry, which we stumbled upon on one of our outings. When they said they couldn’t seat us, we thought it was because we looked so disheveled—we didn’t know they were one of the most famous restaurants in the country and were always booked for months in advance. We hadn’t even made it to the aboriginal art exhibit at the De Young that closes in two weeks.

Late in the evening, when I was calmer, I called Pippa and asked how Earl had died.

She said they’d been watching TV the night before, and he’d seemed relaxed and content. Later she’d gone bowling, and when she’d gotten back he was still up, so they’d chatted about her evening, then gone to bed at their usual time. At 8:30 the next morning, the cats were up, but Earl wasn’t. She didn’t want to knock on his door because once he’d gotten miffed at her for waking him up, even though it was out of concern. So she went off to her boyfriend’s, then told him she realized she was going to be anxious all day if she didn’t check on Earl—so they went back. She found him lying on his back in bed, his eyes closed, one leg slightly hanging over the side, as though he’d started to get out of bed. The coroner said when he arrived later that he thought Earl had probably died around midnight the night before. I asked if he’d seemed depressed, but she said, “Oh, no!—he was excited about his New Year’s party Saturday.” The one thing she said that troubled me was that sometimes he’d seemed a little lonely. “I’m so glad he’s had you living there, Pippa,” I told her.

Later I reminded myself of all the good things Earl had going in his life. Although he’d been retired for several years, he still did critiques with his two painting classes each month—they both gave him a big 75th birthday bash in November, one of them ordering him a cake shaped like an artist’s palette. He still went on all the MG Club outings, as well as cross-country trips. He hosted parties, and the holidays he didn’t spend with me, he spent with Rita and John, or George and Pam, who all welcomed him as one of the family…

Yesterday, when my grief threatened to become beyond bearing, I told myself, I know you didn’t give up, Earl, I know you didn’t choose to die. You would never have left me alone on purpose—you cared too much about me to cause me to suffer. You would never have left your sister, Marian, who’s been having strokes and needs you too. I know you would have chosen to live—to take me to Cape Cod and buy me my first lobster dinner, to write the account of your childhood Marian’s been asking you to, to put together your “Beautiful California” album. The frontispiece, you told me on Christmas Eve, would be the picture I took of you at twilight, sitting in your MG on the way back from Point Reyes, the empty highway curving up behind you like a ribbon. You would have chosen to live to see your book on painting published and your step-grandson, Jesse, grow up.

“What do you do when someone you love dies?” I asked Annee yesterday. “You hold them close, as close as you can,” she said. And I will, Earl. With all the power of mind and heart, I will.